Mysteries Surrounding the Death of Pablo Escobar: Who Shot the Killer Bullet?

On drug trafficking and drug-related crimes, no name beats that of the legendary drug lord Pablo Escobar. Infact, the death of Pablo Escobar came at a time he had become more known.


On drug trafficking and drug-related crimes, no name beats that of the legendary drug lord <u>Pablo Escobar</u>. Escobar ran the world’s largest cartel group. From the 1980s to the 90s, Escobar and his Medellin gang caused widespread violence and murder in Colombia. By 1991, Medellin’s murder rate was surprisingly 381 for every 100 000 individuals. Consequently, the rise in the homicide rate drove governments to call for the death of Pablo Escobar.

At the apex of his reign, Escobar was the seventh wealthiest man in the world. His cartel controlled over 80% of the world’s cocaine trade. We believe these figures would have been way higher if Escobar used the dark market for his trade.

In his battle against the State, Escobar went after journalists, police, politicians, and the judiciary. He declared war to prevent the governments from passing an extradition law. The law was on the extradition of drug dealers from Colombia to the United States.

How was Escobar killed?

In December 1993, Escobar was fleeing from one of his hideouts in Medellin. He was running across a neighbor’s rooftop. However, he didn’t make it that far as soldiers gunned him down in a shootout. Still, the mysteries surrounding the death of Pablo Escobar remain unsolved. 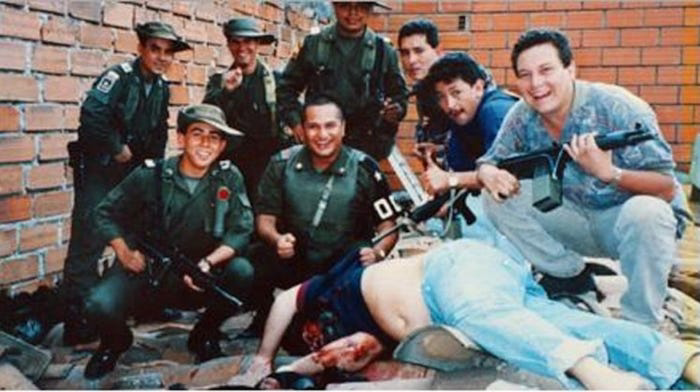 Who caused the death of Pablo Escobar?

The question of who shot the killer bullet remains unresolved. Even so, there are three theories around the death of Pablo Escobar.

The People Persecuted by Pablo Escobar

The first theory says that Escobar was killed by the People Persecuted by Pablo Escobar (Los PEPES). The PEPES group consisted of paramilitaries and drug dealers. The members had the objective of hunting down and killing Escobar. The PEPES group was among the officers who located the drug lord and surrounded him. Don Berna, a mafia boss, and paramilitary claims that his brother took the killer shot. Being an active member of PEPES, his account deserves some consideration.

Secondly, some people say that the Search Bloc group is behind the death of Pablo Escobar. The Colombian government formed a special police unit to hunt down the drug lord and his cartel. Search Block was initially weakened during its encounters with the cartel. However, the group grew stronger with time and became a great force that hunted Escobar down.

The last theory claims that Escobar shot himself. His son, Juan Escobar, also known as Sebastian Marroquin, argues that his father committed suicide on the roof. Juan says that his father frequently told him of committing suicide. He said he would hold a pistol to his right ear and shoot himself to avoid his captured.

Furthermore, Juan says that the photos of Escobar on the rooftop attest to that. The pictures show Escobar’s Sig Sauer pistol lying next to his body. Juan believes that his father used the gun to end his life.

What If Pablo Escobar Used the Dark Web as His Marketplace?

Pablo Escobar managed to build an empire trading drugs the traditional way. Imagine how big the empire would have been if he used the dark market to trade. As the name suggests, the <u>dark web</u> is a part of the internet that is home to cybercrime. There are drug and weapons dealers, hitmen, and other perpetrators on the black market.

If Escobar used the marketplace for his drug deals, he might have remained anonymous. This is because the dark web hides the user’s location and identity. It uses cryptocurrency for transactions to ensure the security of its users. Pablo would have been unstoppable and even wealthier than he was.

Terrifying Spike Drug Only Found on the Dark Web

There have been reports of women getting pricked with needles in clubs and bars. The terrifying spike drug gets sold on the dark web, also referred to as the darknet. read more
By J.Austine - Oct. 25, 2021, 3:14 p.m.

Fentanyl and Heroin Smuggler Sentenced to 16 Months in Prison

A darknet man got sentenced to 16 months in prison. The reason being, Steman was guilty of smuggling heroin and fentanyl from various countries. In fact, he used the dark web. Likewise, Nathan Rover had gotten jailed on drug charges. He served in Pennington County for 16 months. read more
By J.Austine - Oct. 11, 2021, 10:55 a.m.

In the last two years, the Tor anonymity network has undergone some major changes. Most of the changes have however been effected in 2021. The Tor software team, for example, has released a new version of its software. read more
By J.Austine - March 22, 2022, 7:17 p.m.

The Tor browser grants users the ability to surf the internet secretly. According to recent information, accessing prohibited websites has been blocked by Russia Authorities. The Open Observatory of Network Interference (OONI) reports that Russian proxy servers had partly stopped working at 5:21pm Moscow time on December 2. read more
By Dr.Dang - March 22, 2022, 7:12 p.m.